We Are a Different Generation

Posted by cherie at 6:12 PM No comments:

Email ThisBlogThis!Share to TwitterShare to FacebookShare to Pinterest
Labels: video

Sometimes, it takes illness to put things into perspective. In the pain, I try to focus beyond, but other things are no longer blurred.

My life has been complicated, but most people's are. I feel happy that my rough patch is ending soon, and am learning to redefine myself. (You know how when you travel you constantly redefine everything around you and who you are? I'm doing that without leaving my city.) My doctor forbid me to run (Well, she said, "Stay off your feet," so I'm pretty sure today's 20 miler would be verbotten. Last time this happened, when I asked her if I could run, she yelled at me so loud everyone in the waiting room heard me.), and I know I can't always rely on running to pull me through. During all I have recently suffered, I related to my friend last night, maybe there was some sort of relationship between running and quality of my past relationship. Perhaps some mathematician has determined this? I'll have to ask the ultra list.

I haven't been sleeping enough but I have been asking lots of questions. I've been snuggling with my cat, knitting, dancing, giving hugs to complete strangers, throwing flower petals, rejuvenating friendships on the city streets. I've been writing, looking at what's next, letting the road take me, spreading the love of within. I'm happy how things are figuring themselves out next. I love the scene I'm a part of in NYC - the parties, the running, the secrets. I know this city isn't for me for forever, but there's so much here for me to explore and discover.

In honour of Jessica, here's the song that really wants to make me dance lately.

Posted by cherie at 2:30 PM No comments:

50k Solo on the Greenbelt Trail 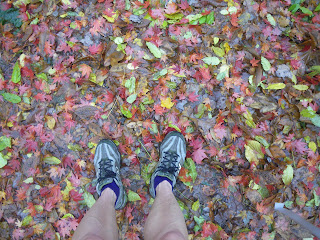 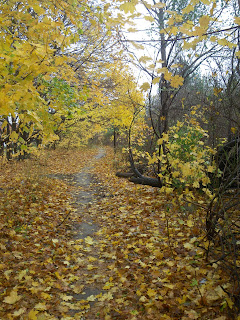 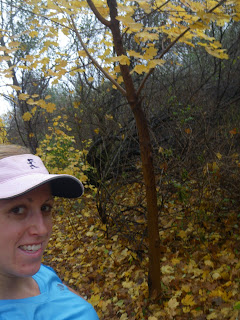 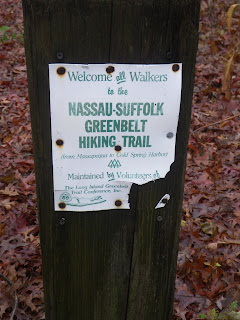 Had a great run today on the Greenbelt Trail on Long Island. I got lost at one point (when crossing Washington from the north, do not go on the white trail with black dots directly across the street; instead, cross, run down the road abt 300 meters and then you'll eventually see the entrance). My favourite part was when I was trying to run around a mud puddle and I slid in and couldn't stop laughing. It was mentally tough, but I pushed beyond: I must be strong for my upcoming ultras; I want to go sub-24 at Umstead. I need to work on becoming more mentally tough.

A longing that comes upon you while you are loading the dishwasher or weeding the garden or sitting in front of the television or turning out the light to go to sleep, and you don't even know what it is, this longing, and you think maybe you're in need of a vacation or maybe you are dying because the ache of it hurts so fucking much.

--Binnie Kirshenbaum, The Scenic Route
Posted by cherie at 3:06 PM No comments:

Last Sunday was my fifth New York City Marathon, and my eighth marathon. Everyone was constantly saying to me, "Oh, a marathon? 26.2 miles is nothing to you." I disagreed with them before, during, and after the race.

I like ultras better because you can stop and that's fine (even normal!), you meet tons of people because you're talking, you get to run slow, you see amazing nature, dirt is soft your feet, changing terrain is interesting.

However, as far as marathons go, I adore New York. The diverse neighborhoods, the people, my friends, family, coworkers (even boss) are all out there cheering me on. The communities really give so much of themselves and you understand why NYC is such an amazing place.

I had a tough race -- mentally and physically. I was aiming for 3:22, though I really wanted sub 3:20. I started out running strong. My first mile was slow because somehow all these 9:30 milers were ahead of me (!) and I had to shove through them all to be able to run a decent pace. I held strong, passing my parents and boss at mile 8 exactly when I was supposed to.

At one point early on, I felt pain, but ignored it -- I drew my energy from the crowds, from my fellow runners. I had a HUGE smile on my face -- nearly the entire time. It is such an amazing race -- even if you don't run marathons, do NYC once. You will be blown away.

Williamsburg was nice, and I saw all my friends from my running team, North Brooklyn Runners, at mile 12. Mile 13 was right by my house, and I felt good. I pushed over the Pulaski Bridge, and saw Megan and Kesha (coworker and former coworker) just past the bridge. I was struggling and starting to feel out of it but kept pushing.

Before we turned onto the 59th St Bridge, I saw these people with a table of food. I found I could no longer eat. (Part of my problem I later see is that I woke up too early, ate breakfast before 5am, and only had a gu and started running at 9:40. Not enough food...) "Please, food! Do you have pretzels?" I ate a bite of apple spice cake and a handful of pretzels. I was able to focus and pick it up.

On the bridge, well, I think if I jumped into the East River I might have felt better. My pace drastically slowed and everyone passed me. Ugh.

On 1st Avenue, I picked it up. How could I not? Like an idiot, I put my name on my shirt, and people would not shut up. Okay, I'll run faster.

In Manhattan again. WTF? How was I so far north? To run all the way DOWN to 59th St, crosstown, and then up to 68th St? Is there a bus I could take? At least in an ultra, I can munch a brownie or pretzels and walk for a few minutes and there's no shame. In this race, the crowd will not let you walk.

I looked down and saw Nelson's legs -- his red tribal tattoos make him stand out. I ran up to him, and we both admitted we felt hellish. I gave him some jelly beans.


I had a smile, though. At 97th St, I saw my amazing coworker who had a homemade pink pompom and a sign with glitter and my time: 3:22 (which I told her I wanted to break). I was bummed.

Into the park. Thank god. The crowds would not stop screaming. Stupid hills. I've run in this park more than anywhere else, yet it seemed so foreign. I pushed, but wanted to do. "Don't give up! Cherie!!!" I ran on.

Running along the bottom of Central Park takes forever. When I heard the band at the bottom of the park, I felt relief...but then I had to run UPHILL to the finish. The crowds would not shut up. I pushed, I struggled...

We have to make our lives meaningful. People die by the thousands every day without doing anything. We must make meaning.