After the hassle to get to the place, I must admit, it was worth it.
Wayne and I woke up at 4am, had a quick brekkie at our hostel, and began the 1.25-1.5 hour (depending on your ability…obviously, we were the faster ones!) trek up to Machu Picchu. By hiking up, you save $9USD (which is a complete rip-off considering it’s probably a 15 minute drive!) and you get to get there early to ensure you are at the start of the line when entering. You don’t want all your photos to have a million people in them, so this is a great option to avoid that.
The hike was harder than we thought, all uphill, all stairs, but it felt great to hike so early in the morning. We had timed it well so we only had a few minutes at the gate (strip away layers of clothing, apply sunblock, drink water) before the gate opened. Show your passports, your tickets, and everyone rushes to take the classic photos – which of course, we quickly did. We had about an hour before we hiked Waynapicchu, so we walked around, took photos, saw some interesting animals and bugs, and then headed over to the line at Waynapicchu.
The hike was hard – pretty much all uphill, with tiny little Inca stone steps. You had to climb through these little caves, and then at the final point, pull yourself up on a rock, which I did not like. The view would have been amazing were it not cloudy, so we decided to rest and wait for the clouds to pass. We drank, ate some of our snacks that we weren’t supposed to bring in, and talked. And then the clouds passed and we got our money shots.
It was beautiful. It was good to go – to see the place you’ve seen in movies, everywhere. It was beautiful, it was well-preserved, and of course, it was interesting. They didn’t use mortar. Stones perfectly fit together. It was just gorgeous.
Going down was a different story. I was miserable. I’m not afraid of heights, I’m afraid of things I can fall through. Why I ever decided to climb that epic pyramid at Tikal is beyond me, and that was way scarier, but still, going down here was frightening. There was one point where there were little tiny steps that went down down down a really long steep while – with a sheer cliff so if you tripped, you’d fall several thousand feet. That freaked me out. Between Wayne and the Spanish guy who sat across from us on the train, I made it down, pouring sweat. Wayne’s knees were hurting on the downs, so yes, I would recommend you be absolutely fit to do this, as we are a point of two fit individuals who didn’t even have the easiest time.
By this point, we spent our final hours walking around, taking photos, climbing steep stone steps, walking out to the bridge (Beautiful, but now closed due to a tourist falling to their death some years back.). Finally, we were beat.
But not beat enough to hop on the bus. Wayne and I hiked down, which was a lot faster than going up, but still not super easy. We entered town, chilled at our hostel, ate the yogurt that gave me food poisoning, and were glad.
We had hiked from 4:40a.m. until 1:30 p.m. We were tired, but we felt glad with our accomplishments. 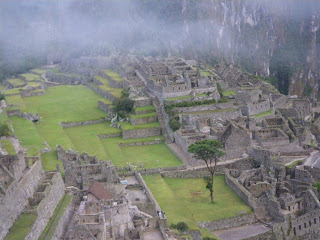 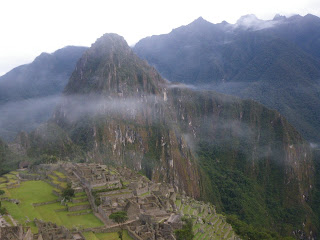 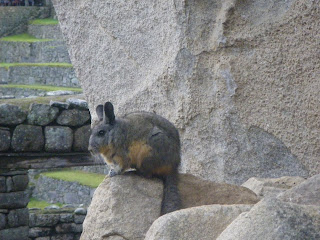 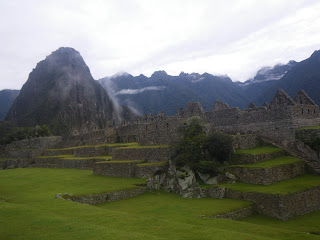 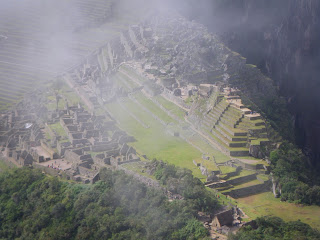 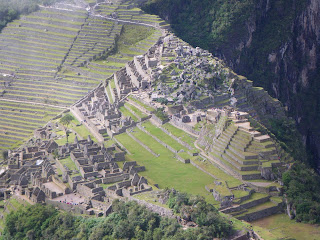 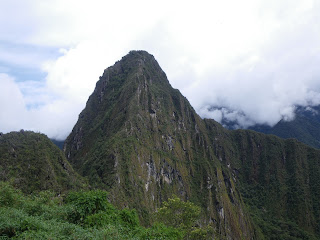 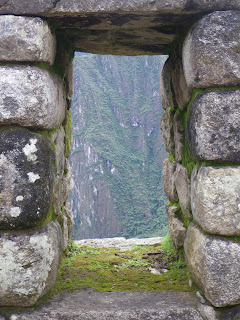